Years ago in the movie The Firm, we saw Tom Cruise playing young lawyer Mitchell McDeere, who exposed the law firm he worked for as a front for the Chicago mob. Tonight, though the actor is different, NBC is bringing back The Firm as a series. After years of he and his family hiding away as part of the Federal Witness Protection Program, Mitch McDeere and his family are making their way back into their own lives. The series takes place a decade after the original story, as McDeere, his wife Abby, and daughter Claire, begin their efforts to reclaim their lives, which proves to be an uphill battle.
In The Firm, Josh Lucas steps into the role of attorney Mitchell McDeere. Molly Parker plays Mitchell’s wife, Abby, who is a school teacher. Young actress Natasha Calis plays their daughter Claire. Callum Keith Rennie play Mitch’s brother, Ray, who will use his criminal past to inform his work as an investigator for his attorney brother. And, Juliette Lewis plays Tammy Hemphill, Ray’s on-and-off girlfriend who will work as Mitch’s receptionist. 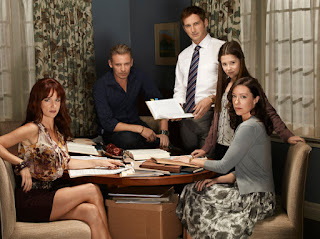 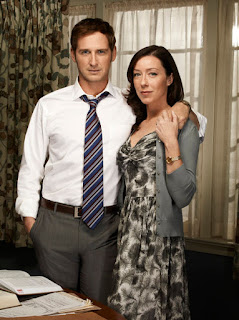