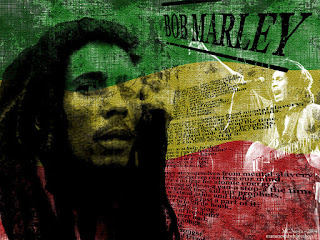 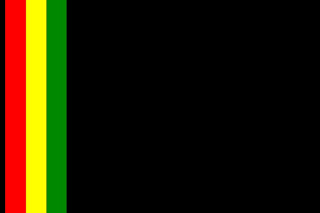 Why is Bob Marley linked with a green red and yellow flag while the Jamaican flag is green black and yellow?

Answer:
Green Yellow and red are the Ethiopian colors. Bob Marley really loved Ethiopia.
He supported the Rastafari religion that started when Jamaicans believed that Ethiopias king Haile Selassie, birth name Ras Tafari, was there messiah.
In Jamaica there was a huge drought, they hadn't had any rain, and when Haile Selassie went there, it started raining. That's how the religion, or way of life started. Haile Selassie said in an interview that he was not God and that nobody should worship him and he was Orthodox Christian. Shortly before his death Bob Marley converted to Orthdox Christian.
So the reason he uses those colors are because they represent Ethiopia, and Rastafari.